Double Seventh Festival ,also known as Qixi Festival and Qiqiao Festival, is a Chinese traditional festival that celebrates the annual meeting of the cowherd and weaver girl in Chinese mythology. It falls on the seventh day of the 7th month on the Chinese calendar. It is sometimes called the Chinese Valentine’s Day,  the Night of Sevens  or the Magpie Festival. The festival originated from the romantic legend between Zhinü (织女; the weaver girl, symbolizing the star Vega )and Niulang (牛郎; the cowherd, symbolizing the star Altair) . Their love was not allowed, thus they were banished to opposite sides of the Silver River (symbolizing the Milky Way Galaxy). Once a year, on the 7th day of the 7th lunar month, a flock of magpies would form a bridge to reunite the lovers for one day.

There are many variations of the story. A variation follows:  A young cowherd, hence Niulang (牛郎; “cowherd”), came across a beautiful girl—Zhinü (织女; “weavergirl”), the Goddess’s seventh daughter, who had just escaped from boring heaven to look for fun. Zhinü soon fell in love with Niulang, and they got married without the knowledge of the Goddess. Zhinü proved to be a wonderful wife, and Niulang to be a good husband. They lived happily and had two children. But Zhinü’s mother found out that Zhinü, a fairy girl, had married a mere mortal. She was furious and ordered Zhinü to return to heaven. On Earth, Niulang was very upset for his wife’s disappearing . Suddenly, his ox began to talk, telling him that if he killed it and put on its hide, he would be able to go up to Heaven to find his wife. Crying bitterly, he killed the ox, put on the skin, and carried his two beloved children off to Heaven to find Zhinü. The Goddess discovered this and was very angry. Taking out her hairpin, the Goddess scratched a wide river in the sky to separate the two lovers forever, thus forming the Milky Way between Altair and Vega. Zhinü must sit forever on one side of the river, sadly weaving on her loom, while Niulang watches her from afar while taking care of their two children. But once a year all the magpies in the world would take pity on them and fly up into heaven to form a bridge (鹊桥; “the bridge of magpies”) over the star Deneb in the Cygnus constellation so the lovers may be together for a single night, which is the seventh night of the seventh month every year.

The tale of The Weaver Girl and the Cowherd has been celebrated in the Qixi Festival in China since the Han dynasty.  In this day, girls take part in worshiping the celestials (拜仙) during rituals. They go to the local temple to pray to Zhinü for wisdom. Paper items are usually burned as offerings.  Girls may recite traditional prayers for dexterity in needlework, which symbolize the traditional talents of a good spouse. Divination could take place to determine possible dexterity in needlework. They make wishes for marrying someone who would be a good and loving husband. During the festival, girls make a display of their domestic skills. Traditionally, there would be contests among those who attempted to be the best in threading needles under low-light conditions like the glow of an ember or a half moon. Today , girls sometimes gather toiletries in honor of the seven maidens.

Nowadays , affected by Western culture especially Valentine’s day, the traditional festival have many new celebrating ways among the younger generation.

Firstly, in the early morning, the lovers will prepare a mysterious gift for their sweetheart carefully. Rose, chocolate and diamond ring are the most outstanding representatives. Red rose means ” Love and romance”, chocolate means” sweet and my heart Belong to you ” and the last one means” Will you me ? ” 2. DIY your house and decorate your home:

Second, in the daytime , spend few hours  together with your lover in simply decorate of your room, your house and your garden by neon flex tube, downlight and linear light. Definitely, home is not a place where you can sleep and eat but where full of love and warmth. Home is a destination of heart. Home is the harbor of soul. The most irresistible gift must be”Give your lover a home ” only belong to you and your lover . The most unforgettable Valentine’s Day must be companion. 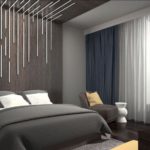 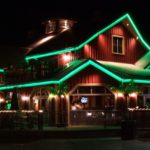 Third, when at night, preparing your lover a surprised candlelight dinner in the garden. Wish everyone have a really wonderful Valentine’s Day! All of you are welcome to share with us your unforgettable moment.

About the Author: selina zhang