How to identify the quality of LED flexible strip light (1)

How to identify the quality of LED flexible strip light (1)

LED Strip Light is also known as LED tape or ribbon light. They we designed for both indoor and outdoor use depending on whether they’re water resistant. IP20, IP44, IP65,  IP67 and IP68 are available meeting various of  installation requirement.

Besides, the strip is flexible and can be divided at any point between LEDs. It is extremely versatile in accent lighting, backlighting, task lighting, and decorative lighting applications. They are also used as computer lighting, costume lights, toys, and display ambient lighting, and alcove lighting. Nowadays, LED flexible strip light can be seen here and there and will be everywhere. 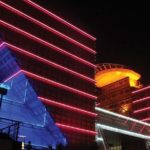 The more great role strip light played in our life now and future, the more necessary for us to know more detail about the strip light and to learn how to identify the quality.

This first article are very small knowledge of led strip light, and second will be how to identify the quality of strip light.

What is LED Strip Light ?

Ribbon light is a flexible circuit board populated by surface mounted light-emitting diodes (SMD LEDs) and other components (Resistors, IC). Nevertheless, variables in strip lighting consist of IP  rating, colour, choice of SMD, driving voltage, CRI and whether it is constant current or constant voltage layout. LED strip designs are available populated with many different types of SMD, not only in different colours and addressable or non-addressable, by different shapes, sizes, and power levels. The most common types of SMD:

LED strip lights most commonly operate on 12 or 24 volts of direct current from a power supply, sometimes referred to as a driver. Mains voltage LED strips are also available. These have the advantages of being usable in much longer single runs without a brightness drop along the length, but are less flexible and heavier due to higher voltage and current ratings and thick coatings for shock safety and high IP ratings in their intended outdoor positions, with limited cut points. No separate power supply is needed, although there must be a rectifier between the mains supply and the end of the LED strip.

The most common FPC designs use multiple parallel circuits consisting of passive dropper resistors in series with a certain number of LED SMDs, to operate at a certain current and power level with the expected input voltage. This design is referred to as constant-voltage and is rather sensitive to small variations in input voltage and to the voltage drop that occurs along long lengths of strip when driven from a single power input. Alternative design is the “constant current” design where each parallel circuit of several SMDs includes a small integrated circuit to provide a fix current to that group of LEDs, within a wide range of applied voltages. This allows the strip to operate at the same power level and brightness along its entire length, or with some variation in the driver voltage.

The colour rendering index defines the ability of a light source to identify colours, and is measured on a scale of 1 – 100. On this scale a rendering of 1 is monochromatic light, and a rendering of 100 is natural sunlight, so you can think of the scale as a measure of the quality of light produced by the source.

For example, have you ever stood under an old street light at night and wondered why the colour of a car or your wheelie bin doesn’t seem the same as it does during the day? Although the lamp used in the street light gives off a lot of light, the CRI is very low so the appearance of any colour is transformed.

On commercially available light sources the CRI scale may also be referred to as the Ra or CIE Ra value. This is the name of the international standard for the CRI scale.

The example below demonstrates the change in how colours are rendered at decreasing values on the Ra scale.

The higher Ra, the better artificial lighting source.  The lower Ra value, the more unnatural colors appear when illuminated by the light source. Equally important to finishes and hues are how people look in the space.

To ensure a safe environment at work the European Union has set a standard stating that a minimum Ra 80 is required in the workplace.

For strip light, it also have CRI>70, CRI>80 or CRI>90. DAYUP can also provide CRI>95. When the most accurate color redering is essential,Ra 95+ is recommended.

About the Author: selina zhang