The Full Name of the COB Led Strip is: Chip on Board, Which is a Method of Directly Binding the Led Chips to the Pcb Board.

The Ordinary Light Strip is Made of Chip on the Support, and Made Into SMD. Then Put the Smd on the PCB. This Saves a Lot of Space on PCB and Cost.

Because It Saves Space, More LED Can Be Added. Generally, The 2835 Strip Light Can Hold a Maximum of 120 SMD Per Meter, and the COB Can Hold 640 Chips or More.

And Because the Cost of Mounting the Chip on the Support is Saved, the Price of the COB Led Strip is Much Cheaper Than the Same Number of Led Strips. 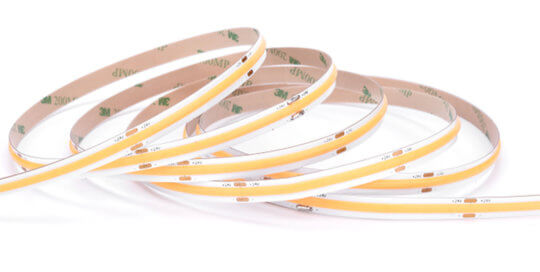